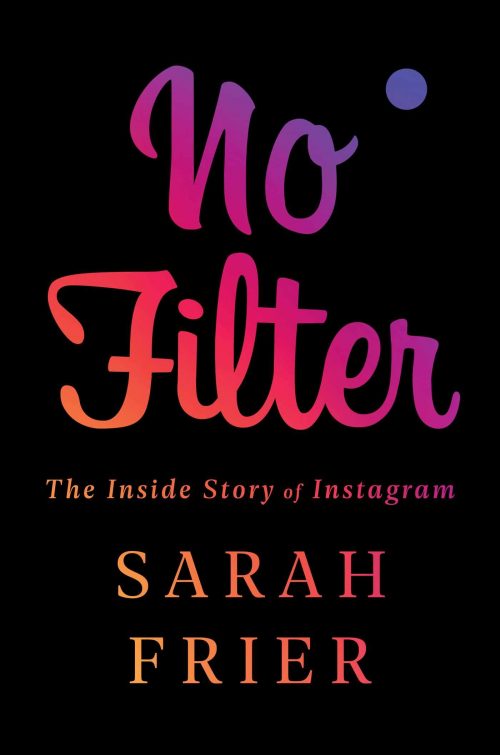 Sarah Frier’s deft narrative nonfiction begins as a riveting tale of startup drama, with Instagram’s historic sale to Facebook for $1 billion and a guarantee of business independence. But what follows in No Filter is the story of culture clash and an ongoing debate between curation and automation, ending with (spoiler alert!) the exit of Instagram co-founders Kevin Systrom and Mike Krieger.

Systrom and Krieger sold Instagram to Facebook in 2012, and the main drama of the book arises from the ensuing internal battles between Systrom and Zuckerberg. The perfectionistic Systrom envisioned Instagram as a curated experience focused on simplicity and community, while Facebook has alway notorious for moving fast and breaking things. Early on, we learn that Systrom and Krieger were wary of growth hacks, believing that an uncluttered app and minimal notifications would promote a high-quality—even luxe—experience. And when Zuckerberg eventually convinced them to start running ads (their first partner was Michael Kors), Systrom personally edited the photo to fix the white balance.

Initially, Instagram’s aspirational branding seemed to pay off. The app enjoyed high favorability ratings and most people’s blissful ignorance that they had been acquired at all. Meanwhile, escalating platform scrutiny zeroed in on Facebook and Twitter rather than Instagram’s influencer-laden, FaceApped paradise. That’s not to say that Instagram didn’t create problems—a 2017 study found that it was the worst social network for young people’s mental health—but rather, they hid their harms in Facebook’s enormous shadow. So as Systrom continued to fraternize with A-listers and redesign his office space, Facebook was left to deal with the thankless tasks of content moderation, antitrust hearings, and generating actual profits—the essential shared infrastructure that both platforms required.

In the end, No Filter is the story of the Facebook-ification of Instagram. Once Zuckerberg put his foot down, insisting that they start carrying their own weight in revenue, Instagram was forced to adopt Facebook’s aggressive focus on growth. By the end of the book, it certainly feels like Zuckerberg and his ruthless management model won out over Systrom’s idealism, and I can’t help but wonder whether Instagram’s relative utopia could only exist because of Facebook’s dystopia.